Did you like Dishonored? Wish there were a few more missions? Wish Corvo had bothered to speak at all instead of remaining creepily silent as he murdered (or choked) his way through legions of guards, thugs, dogs and weepers? Well, luckily The Knife of Dunwall, the first of two story DLCs for Dishonored, has you covered.

Like the base game, The Knight of Dunwall begins with the murder of the Empress. This time however we see it through the eyes of the man who killed her. Daud is an assassin, long-imbued with powers from the Outsider with which he has assembled his own gang of killers and ran rampant through Dunwall. As we begin Daud is pulled into the Void where the mysterious Outsider appears before him and proclaims his story to be ending, leaving him with only a suggestion that he find “Delilah”. Accompanied by his protege, Billie Lurk, Daud plunges into an investigation, looking frantically for this otherwise-unknown Delilah.

The narrative is simple from necessity. The Knife of Dunwall has only 3 missions to get players invested, but unlike Dishonored, the DLC makes liberal and effective use of Michael Madsen to give its main character a more tangible place in the plot. Madsen plays Daud wonderfully, growling his way through his narration. Each mission is bookended by Daud’s musings, while during the missions his gruff, mentoring interplay with Kristy Wu’s Billie Lurk adds a sense of sparkle and company in contrast to Dishonored’s generally solitary experience. 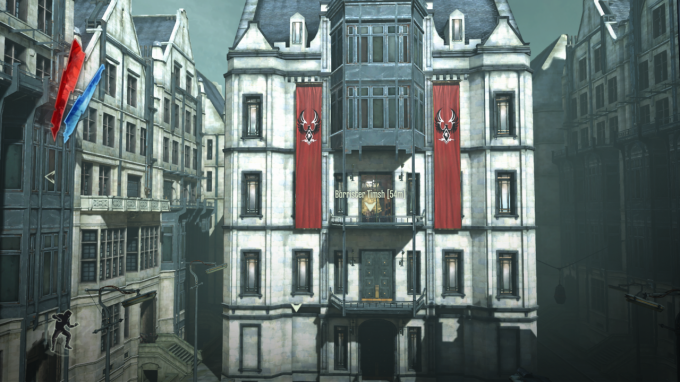 Dunwall continues to teem with grim and gritty life. Much like Dishonored, The Knife of Dunwall wants to show us vastly differing examples of life in the plague-ridden steampunk city. Though there are only 3 missions, each one is massive and beautifully realised. A whaling slaughterhouse gives us our first real close-up of the enigmatic and vicious creatures that stalk the oceans as mask-clad and saw-wielding butchers stomp menacingly through the shattered bones and decaying viscera that lie splashed about the warehouse interior. On the other hand, a lone extravagant mansion stands proudly, the sole point of life in a boarded and derelict district as its owner prowls the cramped corridors, forcing you to scramble for cover underneath tables and crouch low on top of wardrobes or else plan quick runs in over the balconies and out the wide windows from the neighbouring homes. The level of detail is fantastic and the effort on show is frankly palpable. The one stumbling block comes in the final mission, which takes place in one region recycled from the main game; thematically it works but it can’t help but feel anticlimactic after the high points from the previous missions.

The gameplay is more or less the same as before, with a few additions and tweaks. Daud’s powers work slightly differently to Corvo’s; in lieu of the Heart, his Void Gaze power scans for runes and bone charms as well as plotting the movements of enemies and seeing traps while his Blink can stop time if he isn’t moving, allowing Daud to hang in mid-air or be spotted by a guard before vanishing in a new direction. It’s a small change but one that allows greater flexibility and fundamentally changes the way players can approach the missions. Daud can also summon his assassins, who share his powers. Daud also has access to new gadgets, including sticky mines that can either stun or kill as well as a non-lethal stunning grenade in order to give more options to a Low Chaos player than pure stealth. Alongside all of this is the new Favors mechanic, which Daud can purchase before missions to provide items, clues or runes in the mission.

Otherwise, it’s business as usual. Players can sneak or fight their way through the vast levels, hoovering up cash to upgrade their equipment, runes to upgrade their powers and bone charms to provide passive bonuses. The levels continue to offer multiple routes through them, rewarding players who explore and encouraging replays. Daud has the opportunity to act lethally or non-lethally, depending on whether the player sees him as a penitent and tired man desperate to wash away his former self or an assassin to the end, resigned to his fate; your Chaos level continues to affect the levels and the way characters interact so at the very least the game is calling out for two playthroughs. 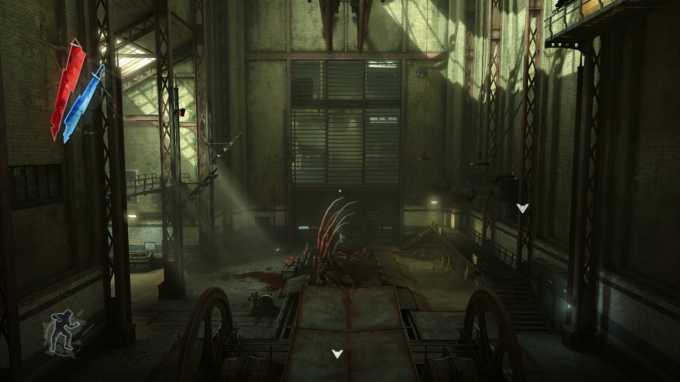 The Knife of Dunwall is pretty good. It’s more Dishonored, which is good enough for me, but it spices things up through the simple act of having a verbose main character rather than a silent nobody. The added characterisation afforded to the game from being able to hear Daud’s thoughts gives the narrative more weight than you’d expect, especially when coming into this from the main game. It’s also a fair bit more challenging than the base game, doing a fair bit of work to encourage multiple plays. The fact that there’s a recycled level is a bit disappointing and obviously it ends in an unsatisfying way as it’s the first of two parts; you do need to play this and its follow-up, The Brigmore Witches, to get the most from the narrative. Still, if you’re after more Dishonored, you can’t do too badly with The Knife of Dunwall.

3 thoughts on “The Knife of Dunwall”