“We are travelers, constantly moving forward and looking back. Alone and as one. We have no choice but to try. For our insatiable curiosity. For our fear of what should happen if we don’t. You are that explorer now. We will say goodbye, and you will look back one last time and know that wherever you go, we will be with you.”

How do you make a sequel to Mass Effect? BioWare’s trilogy of sci-fi shooter/RPGs was without a doubt one of my absolute favourite franchises to emerge in the previous gaming generation. An expansive, richly-detailed galaxy was laid out before us to adventure through as we followed Commander Shepard and their efforts to repel the invading forces of the unstoppable Reapers. It was an excellent series and one to which I happily return every now and again. However, it did ultimately come to an end so the question remains: how do you make a sequel to it? BioWare’s answer? Take it to a new galaxy and start anew. 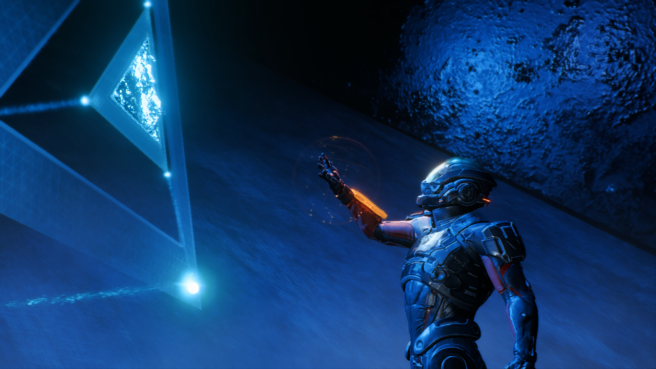 The year is 2185. Saren’s forces, led by the Reaper Sovereign, have been defeated at the Citadel but Commander Shepard’s warning about the oncoming invasion have fallen largely on deaf ears. A joint group of Citadel races have pooled resources and technology in order to construct a set of Arks, vast colony ships upon which are stored thousands of volunteers who willingly submit to cryosleep in the name of becoming pioneers. Each Ark is led by an exemplar of their species – a Pathfinder – with a mandate to explore and settle new worlds. 600 years later, these colonists begin to wake as the Arks reach their destination: the Heleus Cluster, in the galaxy Andromeda.

We step into the shoes of Ryder, one of the twin children of Alec Ryder, the Human Pathfinder. Unfortunately, the Human Ark has arrived to find a hostile galaxy. Worlds thought habitable when the Arks began their flight are wracked by incredible storms, unpredictable atmospheric fluctuations and high radiation. Stretching out through systems are dangerous clouds of dark energy called the Scourge that disable ships and destroy vital equipment and a strange alien race makes first contact with the Ark at gunpoint. After a disastrous first mission, Ryder assumes the role of Pathfinder and guides the Ark to the Nexus, the hub for the Andromeda Initiative explorers in Heleus. It is from here that Ryder’s journey begins in earnest as they attempt to begin to terraform planets, establish colonies and defeat the villainous Kett that are waging war against both the Milky War colonists and the native Angara.

Where the Mass Effect trilogy were games about war, Andromeda is a game about exploration. It reflects and resonates through every fibre of the experience, from the vast open worlds of each planet, to the sidequests that see Ryder trek between systems and right down to the process of building up your colonies and watching them flourish in a brand new galaxy. It infuses the game with a lighter tone, which is simultaneously one of the game’s greatest blessings and a problem in its own right. The characters joke and smile their way through whatever is thrown at them, often ready with a quip or tension-breaking comment to brighten up the mood in stark contrast the ever-encroaching desperation and hopelessness that takes hold of the original trilogy as you work through to the end of 3. This does come at the expense of some depth however; Ryder, and the crews of both the Tempest and the Nexus can’t stand against the exceptional writing of franchise darlings like Garrus, Tali or Liara. Additionally, when Andromeda does return to the ongoing narrative concerning the Kett, it’s done almost begrudgingly and we’re given a villain that ends up lacking either interesting motivations or engaging actions.

That’s not to imply there are no good characters however. The Turian smuggler Vetra offers a view into Turians that eschew their traditional war-based meritocracy while Jaal slowly comes out of his shell to reveal a slightly dorky charm. In fact, plenty of characters turn out to be a bit goofy, from the Salarian pilot Kallo to the young Nexus scientist Sidera who literally fangirls over the Pathfinder; in essence it’s another reflection of Andromeda’s innate optimism. It’s the ancient, gnarled Krogan Drack that’s the undisputed star of the show though; in fact, he’s by far the most well-written Krogan in the franchise. At first seemingly the same as other Krogan with his penchant for battle and cynicism he slowly opens up to Ryder, culminating in a frank and honest discussion about parenthood and depression, tough topics for the stoic and stalwart Krogan.

Like the trilogy, Andromeda’s core gameplay loop revolves around charting a course through star systems and finding planets to land on in order to complete missions. The Galaxy Map is similar in presentation to its previous iterations, right down to the stodgy planet scanning adapted from 3. Once you’ve made planetfall however, it’s a different story. For the first time since the first game you can freely drive around a large map; unlike the awkward and wonky Mako, Andromeda’s new ATV, the Nomad, is far easier to control and blazing a trail across the various planets is mostly a joy. It’s not perfect – switching between the two drive modes for different terrain types adds a pointless extra button press to driving and the danger is always there that you might spin out or fall off an outcrop or road thanks to the occasionally unsteady turning. That said, the sheer scale of each planet map is incredible, with all but one necessitating the use of the Nomad.

On-foot, you quickly find that Andromeda has broadly renounced the cover-shooting mechanics of the previous games. While Ryder can crouch down behind cover and bark orders to squadmates like a third-rate Shepard, they are at their best during fights when they’re mobile and aggressive. Ryder is equipped with a short-range jetpack that allows for quick dashing to close down on an enemy as well as being able to use a hover mode to float above foes and pick them off from on high. As is standard in Mass Effect, Ryder has access to a range of weapons with a plethora of different properties, a fact which is exacerbated by the in-game crafting and upgrading systems that enable players to create and customise weapons with a ton of effects to best suit their playstyle.

Ryder can also utilise myriad abilities, tech skills and biotic powers during fights. In prior games players picked a class that defined which of these disciplines Shepard had access to; Ryder has no such constraints. Instead, upon levelling up players can invest skill points into any specific skill of any type that they so choose, allowing far more customisation into the type of character Ryder is. Working in tandem is the “profile” system, that allows Ryder to pick specific buffs to these skill trees in line with the classes from the trilogy; so, an Adept profile gives a boost to biotics, Engineer to tech skills and so on. It’s an approach to RPG mechanics that is again rooted in the themes of the game, with the players free to explore and cross-class as they want rather than sticking to a prescriptive class system.

This also applies to Ryder’s dialogue in the game. The Paragon/Renegade system from Shepard’s game is gone; in its place are dialogue options that represent different emotional responses in conversation. It’s essentially the same thing as in Dragon Age 2 and like in that game it’s designed to allow more expressive role-playing but ends up not quite working; unless you really make an effort towards it Ryder often ends up sounding basically similar between playthroughs unlike the difference between a Paragon and a Renegade Shepard. That said, it’s unlikely to be a game that prompts many replays; as enjoyable as I found it, most of the quests and the ending follow a set path and although you can make some choices throughout the game they don’t have much of an impact past the moment they occur.

Perhaps the biggest question that remains about Andromeda is the performance. It gained infamy for its utterly pathetic state upon release, with plenty of bugs, animation glitches and a general assortment of broken bits widely reported on. I played it about 3 or 4 months post-release and thankfully it’s been heavily patched. It certainly still has issues – the framerate dips at points and I think across 2 playthroughs and around 100 hours of playtime I’ve had a couple of hard crashes – but players looking to try it out should be aware that it’s more or less fine now. Certainly it now runs no worse on console than any other BioWare release. Whether that’s acceptable or not is down to personal discretion but I can’t say it ever hugely impacted on my experience with Andromeda.

The bottom line with Mass Effect: Andromeda is that I definitely enjoyed my time with it. Comparisons to the trilogy are obviously inevitable and no, Andromeda doesn’t (and probably couldn’t) live up to the storied legacy set by its own franchise. The damage has already been done, unfortunately; the single-player support has been canned and while I do hope there’s a sequel it’s not looking terribly likely right now. Still, I had an awful lot of fun with Andromeda. Despite the flaws, it remains a game that marvelously captured the spirit of exploration and optimism, giving it a unique space and feel in the series and making it more than worth your time to play. 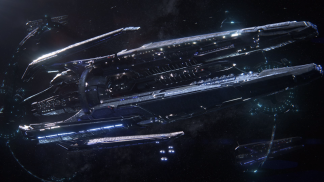 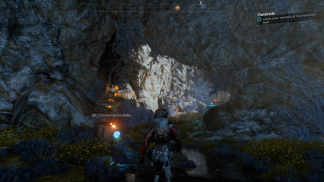 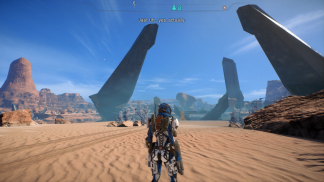 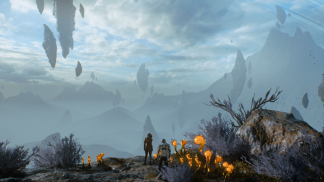 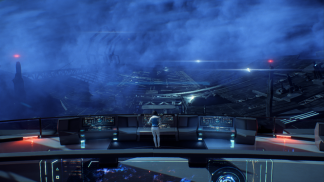 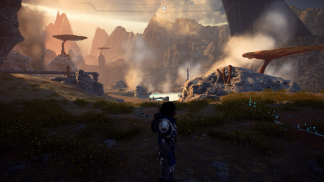 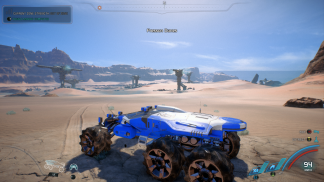 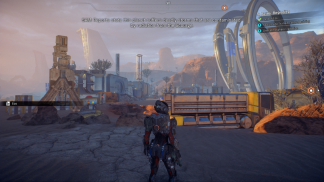 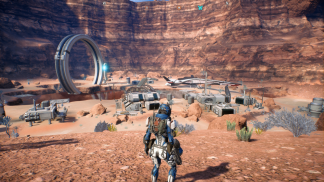 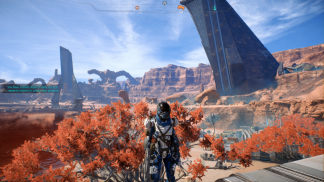 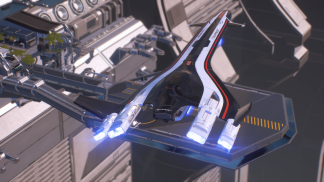 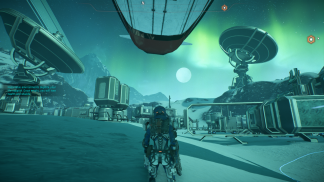 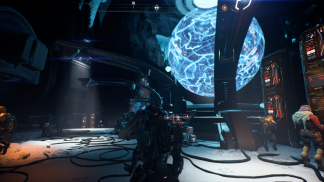