Titanfall is one of the games that really has never been on my radar. I’m not wild about first-person shooters, and I had a very specific set of games in mind that I wanted to play when I upgraded to current gen consoles. But I’m also a proper sucker for some deals so when Titanfall 2 showed up for about 4 quid it seemed a pretty decent shout for in-between bigger games. After being informed that I apparently do not need to try the first game, I figured, why not give it a spin?

Despite having never played the first game the general plot seems simple enough to follow. Out in space, on the Frontier a ragtag Militia fights against the oppressive IMC. Amongst the ranks of the Militia, Pilots are the best of the best, who combine being phenomenal soldiers with the right to ride a Titan, a mechsuit with which they are neurally linked. Our player character is Cooper, a Rifleman who (naturally) aspires to become a Pilot but his training is cut short when he deploys on a mission. However, things go awry very quickly when he crash-lands on an IMC-controlled planet; our kindly Pilot Captain bites it and so transfers his Titan to us.

The relationship between Cooper and the Titan BT is at the core of the game. Throughout the game the player gets dialogue choices for Cooper to shape his personality (only ever picking from 2 at a time though) and this banter between him and BT is sometimes played for laughs with BT playing the typical robot straight-man, providing blunt responses to Cooper. I wouldn’t call either the narrative or the characters of Cooper and BT as especially well-written or nuanced but they are written earnestly and come across with the same kind of heart as any solidly-constructed action hero buddy duo. There is also a heck of a sci-fi plot switch partway through the game; to say anything would be to spoil but it precipitates what I can only describe as one of my new favourite levels in a game. I hadn’t been expecting a move like it and that made it all the better. 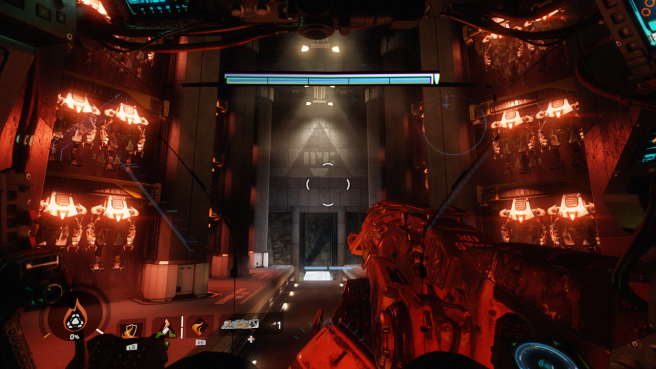 Unlike some first-person shooters, Titanfall 2 has a distinct focus on fast and agile movement. You have a jump-pack, unlimited sprinting, and the ability to wallrun; the key to excelling is chaining all of these together at speed. You also have a stealth system that allows for quick flanking or surprise assaults, which I was surprised to find a useful ability given the game’s main focus on jumpy twitchy shooting. When it all comes together it is a thing of beauty; the first time I landed a string of wallruns, stealth dropped into a group of enemies, punched one into a cliff and took the others out in a swinging whorl of gunfire without a single scratch I felt positively godlike.

When in a Titan, gameplay shifts a tiny bit, but only a bit! Turns out, Titans are almost as mobile as the player. Rather than having a jump-pack, Titans can dash around the battlefield; you can also equip different loadouts on-the-fly as you unlock them, with each loadout giving a different array of weapons and abilities, making the Titan able to adapt tactically to a range of situations and to suit how the player prefers to fight. The game encourages you to try out the loadouts; not only do you see them all in action used against you, but the range of situations it throws BT into necessitate at least some experimentation.

The slickness of the animation is a wonder to behold; it’s incredibly smooth during both high-intensity gunfights and acrobatic manoeuvres. I honestly caught my breath the first time I realised I could seamlessly slide under the legs of my Titan causing him to pick me up and instantly put me back in control of the mech; that flawless switch between regular combat and Titan combat is excellent and keeps the pace of the game joyously high.

The graphics are definitely high quality but I feel like it is only occasionally that levels show it off. A fair portion of the game is spent in caves, facilities, and a sewer, which are hardly the most picturesque of locales. The opening, set on the jungles of Typhon, and a later level in the mountains of the same planet give the game a chance to really visually shine but it is unfortunate that so little of it is in locations with a bit of flair. That said, the level design is often a saving grace; because the game is built around the use of wallruns and jump-packs, stage are typically pretty big and stretch out both vertically and horizontally to make best use of your manoeuvrability.

Our main enemies are a group of mercenaries working for the IMC. It’s your standard quirky miniboss squad basically, all with extremely cliche personalities but they’re played so straight-faced in a world this over-the-top that it comes across as deeply silly and funny. I was sort of nonplussed with them right up until I fought one merc boss with an outrageous Germanic accent who screamed “Get to da beacon!” in full goofy Arnie pastiche mode. It’s that kind of straight-faced self-aware goofiness that truly finally sold me on Titanfall 2; I was enjoying the combat, and liked the platforming, but between that one later level and the sheer Last Action Hero sense of self-parody that I realised I had fallen a bit in love with it.

The campaign is pretty short but it doesn’t outstay its welcome. The story beats are straightforward but who cares if it’s predictable? It’s done with enough panache that it feels satisfying regardless and it encourages replays in order to get better level times or just for personal skill satisfaction.

Obviously the big draw for many will be multiplayer but personally that’s not a concern. I picked up Titanfall 2 pretty cheaply during an Xbox store sale and I’m glad – as someone who is primarily concerned with single player experiences Titanfall 2 offers a very fine campaign mode, and I’m happy with that but it was definitely worth waiting for and getting for a lower price. It’s silly, hectic fun and frankly sometimes that is all you need. 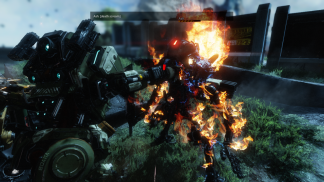 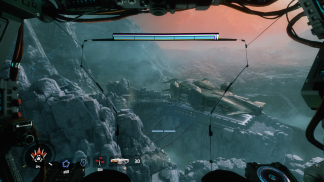 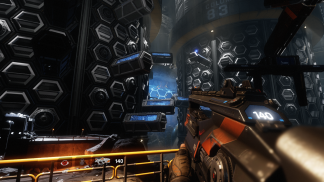 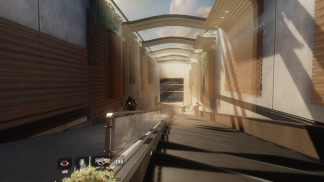 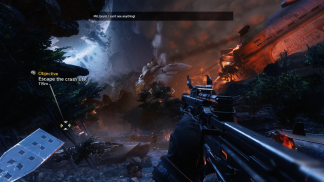 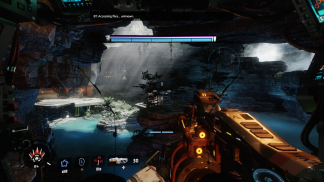 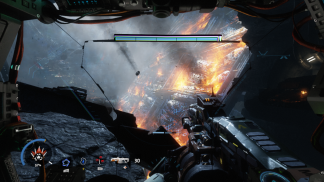