Assassin’s Creed is an inherently silly series. It’s a sci-fi with pretensions of being a historical action-drama that produces, with poe-faced seriousness, a narrative which posits all of history has been a never-ending conspiratorial war between Assassins and Templars, who are fighting over relics of an ancient, omnipotent precursor race. It’s utterly daft, which makes it all the more of a shame that they’ve never embraced it. At least, not until now. 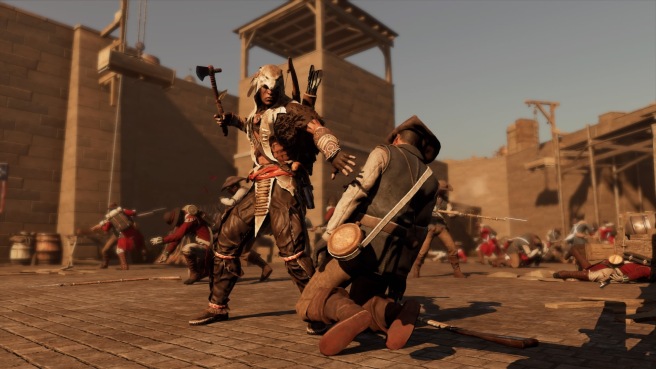 The Tyranny of a King Washington is a 3-part episodic DLC. The Infamy, The Betrayal and The Redemption all form a little what-if story. Connor and Washington share a nightmare of what would become of the US and the world if George succumbed to the power of an Apple of Eden, rising as the tyrant king of America and presiding over a terrifying oppressive regime that crushes dissent and spirit in the country. Power corrupts, and absolute power corrupts absolutely, as the game warns us at the beginning, and there is no power greater than that of a Piece of Eden. Each episode then is set in a different part of the overworld of Assassin’s Creed III, as Connor attempts to weaken Washington’s power. 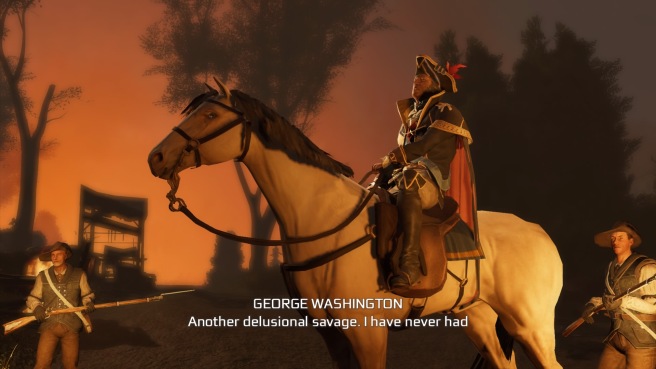 Connor wakes as if from a dream. His mother shakes him from sleep, crying that Washington is launching cruel attacks on Lexington and Concord, burning churches and slaughtering innocents. The King rides atop a pale horse wielding a glowing and eerie sceptre, screeching wildly about his need to exterminate all who oppose him and Connor is thrown, confused and disorientated, into the middle. In order to fight the impossible power of the Mad King, Connor finds only one course of action. Drinking a magical tea brewed from the boughs of the Great Willow, Connor is infused with mystical powers to use in his quest against Washington.

There’s clearly a bit of Native American mythology built in here. Each drink of the Great Willow tea sends Connor upon a Sky Journey, hallucinating wildly as he is visited by animal spirits who teach him to take upon their form and powers. He is warned it comes at a great price however; using the powers in-game comes at the cost of health, and Connor’s personality rapidly shifts to become far more aggressive and nasty as he consumes more and more of the tea. 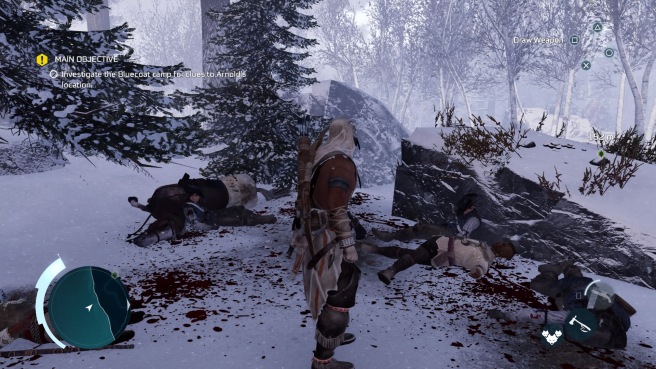 Each episode adds in a new power for Connor to use. His wolf power allows him to move quickly and invisibly between cover, as well as summon a pack of wolves to help him in combat. Using it to scoot into a group of enemies and take them out incredibly quickly is insanely satisfying, as is using the power in combat to throw soldiers off balance. The Eagle power added in The Betrayal is glorious, enabling Connor to flit between vantage points, which you can chain together at rapid speed to launch Connor across the city. The Bear power of The Redemption is by far the weakest, a combat power that costs too much life to be really worth it. However, the powers fit brilliantly in The Tyranny of King Washington’s what-if setting, giving Connor a fantastic new set of ways to interact with the world.

It’s a brilliant premise, even if the missions (especially at the start) are unfortunately boring. There aren’t really any indications for when a mission is completed, instead just ending abruptly. Thankfully, there aren’t too many missions in each episode – if you take on the main story in each you can be done with them in a few short hours, though obviously the side content can keep you going should you want that. Some annoyances with the missions crop up in each episode – one mission in The Infamy requires Connor to search for clues, but the markers don’t show up clearly against the howling snows of the Frontier, while in The Betrayal the game forces you to play checkers twice for no good reason. At least the third episode, The Redemption, gives us a marvelous opening as Connor sails the Aquila headfirst into the seat of Washington’s power, New York. 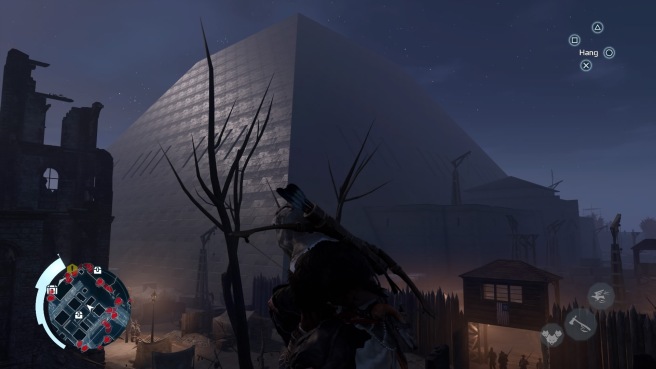 The general difficulty is notably higher than the base game – if you aren’t a fan of the combat in Assassin’s Creed III you might find The Tyranny of King Washington frustrating as the episodes are fairly heavy on open combat, and additionally the battles are bigger, with more and more enemies likely to spawn and pile into the fight, which can be quite draining. The bosses are more creative though; even the main assassinations at the end of each episode allow you to approach them very imaginatively.

The Frontier is a grim place in this reality; frozen corpses of civilians and horses are strewn across the landscape, and gibbets creak lazily as bodies hang from them as warnings. Even the side missions reflect the dark and hopeless tone, with Connor able to rescue slaves, or to help starving survivors hunt for food. Both Boston and New York are equally exceedingly hostile. Because Connor is attacked on sight, stealth and sticking to rooftops is mandated, though of course his newfound magical powers make that less of a chore. This does mean that fulfilling the side quests can be challenging though, especially given the added problem of dealing with the endless waves of soldiers deployed against you. At worst, it gets exceedingly frustrating and boring – having to escape constantly from the flood of guards who run after you at any opportunity is a complete ballache, to be quite frank, and I have little patience for it. It reaches its nadir in The Redemption, when New York is nothing but a torrent of Bluecoats chasing after you, even to the point of making it hard to just start the main missions because you have to resolve yet another fucking combat sequence. 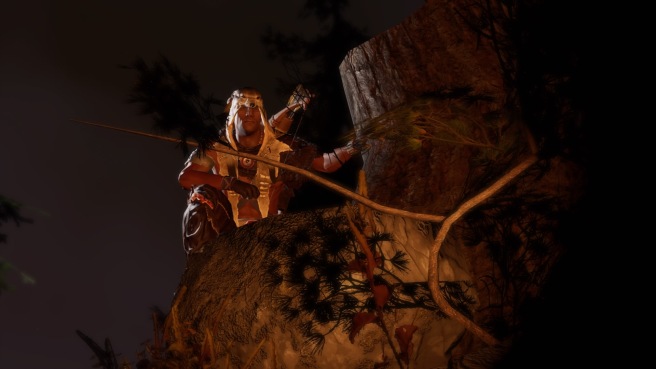 So, in the end, how do they hold up? The Infamy is merely okay; the way the missions end is annoying but in general sneaking around the frontier is very satisfying, and it is the only episode in which the wolf power is at its peak. The Betrayal definitely has one or two vexing moments particularly once you’re drawn into combat, but otherwise it’s not that bad. The Redemption is by far the worst of the three; New York is a drag to get around because of the constant alert states and the missions are deeply tedious.

Overall I still maintain that the concept of The Tyranny of King Washington is fantastic; I know the series goes on to explore more slightly off-beat things in later DLC but it very much starts here and though the final product is exasperating at times, I’m grateful that such an off-kilter Assassin’s Creed exists. 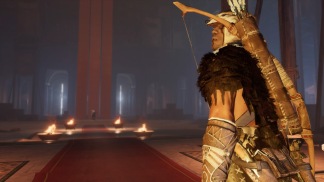 One thought on “The Tyranny of King Washington”