I always feel slightly lost when it comes to indie games. There’s definitely this tiny subgenre of mostly-liked puzzle-platformers about some big-headed tiny child lost in a scary world full of dangers that seems to appeal to indie developers and rarely appeals to me. Stalwarts of the genre like Limbo, Fez and Braid (child protagonist status notwithstanding) never manage to keep me long enough to see the end and I tend to approach new examples with trepidation. Nevertheless, despite my expectations, I decided to give Never Alone a go. Never Alone is based on an Inupiaq folk tale. Blizzard after blizzard besieges a village, and only one plucky girl has the moxie to venture out into the unending snow storms to find the source. However, the dangers of the Arctic wilderness are many, and she soon finds herself being chased by the apex predator of the land, a vicious polar bear. Thankfully, a young arctic fox is at hand to save her and the two forge a fast friendship, traveling together as the girl presses on.

The entire game is beautifully narrated by James Mumigan Nageak in Inupiaq, giving a real feel of identity and authenticity to it. That authenticity is key to why Never Alone works; the game is inextricably steeped in Inupiaq culture in such a way that you really couldn’t tell the same story in as effective a way without that cultural link. As players we are invited to enjoy the privilege of experiencing this glimpse into an under-represented society in modern media. As you progress you unlock Cultural Insights, brief documentary style glimpses into the Inupiaq way of life and the stories that inspired this game; it’s a touching inclusion that speaks volumes to the respect this game has for where it comes from. Never Alone is a puzzle-platformer that can be either be played co-op or single player with the ability to freely switch between Nuna and Fox. The puzzle elements start off very light; for example, hearing the visual cues as to when a vicious blast of wintry wind is about to blow across the screen prompts you to lie prone and brace against it. Naturally, you’ll need both Fox and Nuna to work together to overcome the obstacles ahead of them; Fox is more agile and can scramble up sheer cliffs ahead of Nuna, whereas only Nuna can grasp a hold of and move objects. On top of that, Fox is clearly special as without it by her side Nuna cannot see or interact with the helpful spirits that appear to guide their way. Nuna even picks up a bola quite early on which she can throw to draw out spirits or break down barricades.

Where Never Alone works is in introducing relatively few mechanics into the puzzling and then letting you work with them, which is a design philosophy I approve of. In general the platforming and puzzling isn’t too bad, though it isn’t without issues. The bola in particular feels very finicky at first though as it’s tied to the right stick, and requires you to pull the stick away from Nuna to aim and then flick it towards the way you want to throw. It’s trickier than it needs to be, in my opinion; additionally, because you can’t see where you’re aiming it certain sections are made far, far more difficult than they ought to be. 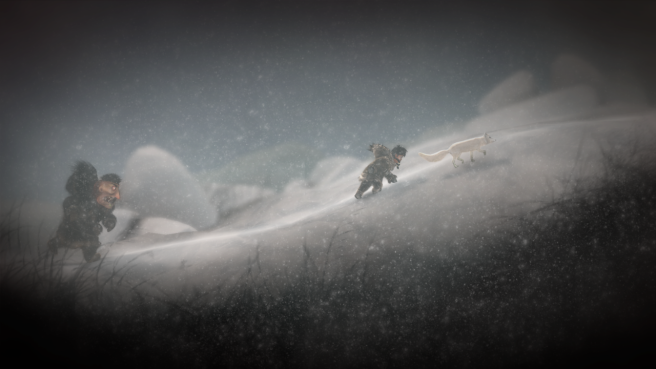 While I’m mid-gripe, the partner AI is a little dodgy as well. If you’re plaing single player, sometimes whichever character you’re not controlling is content to follow you through some platforming hoops quite easily, but sometimes they simply won’t do anything automatically. It’s a little frustrating when you complete a platforming challenge only to then have to repeat yourself because the other character didn’t follow along with the exact same commands and you can’t move on unless you’re both together, so this is necessary to do.

Annoyingly, there’s also a late-game change that enforces a change in pace and it’s not for the better. An event happens which precipitates the speed of the platforming and puzzling dropping to a sluggish, glacial pace, and I am absolutely not a fan. This seems to be a typical issue with many indie games I’ve tried; instead of keeping faith with positive and well-built mechanics from the early game, so many try and shake things up in the late-game and I can think of precious few where that results in any sort of improvement. Still, it’s not all moans and groans from me. I totally love the visuals. The 3D models of the characters have a very pleasing Dreamworks-esque quality to them with their chunky faces and vivid expressions. Some story beats are accompanied by wood-carving and scrimshaw-themed animations, lending an atmospheric, fireside-tale sense to it all, and the scrimshaw elements are present still during gameplay as helpful spirits appear to guide and aid Nuna. Plenty of this brand of indie game utilise quite a muted colour palette and Never Alone does follow suit but the use of icy blues and stark whites lend a pleasing brightness to proceedings, and with effects as simple as gusts of wind swirling across the screen the tone can change on a dime from serene to threatening.

Never Alone was certainly an interesting experience. I don’t feel like I can wholly recommend it based on gameplay alone; there were a number of sequences that annoyed me, especially the instant-death autoscroller sections, and the less said about the ruined pace and annoying puzzles in the final third the better. Still, I do find that difficulties in gameplay can be overlooked if other elements are good enough and I think that is broadly the case with Never Alone. The story is a lovely folk tale, but the way that Inupiaq culture is embedded and intertwined with every facet of the game is what drew me into Never Alone in the first place and it’s what makes me say it’s worth hunting out and giving a spin.

4/7 – GOOD.Sure, maybe something doesn’t quite work but at least it has heart, or a spark of excitement that makes it worthwhile despite the faults. Definitely worth a go if you can at least find it on sale. 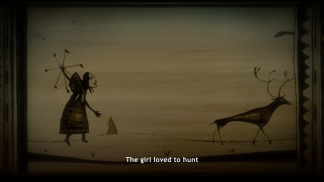 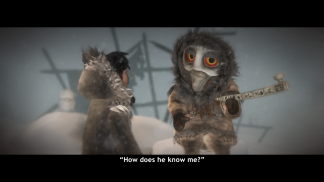 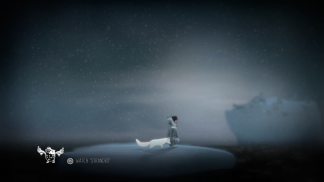 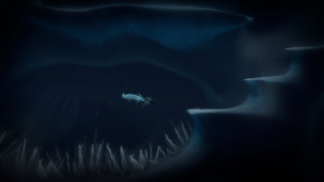 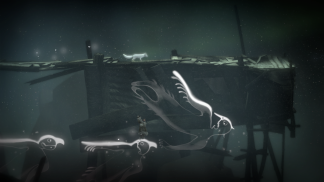 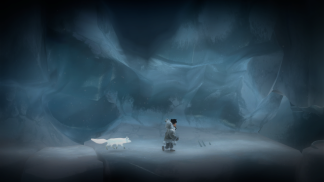 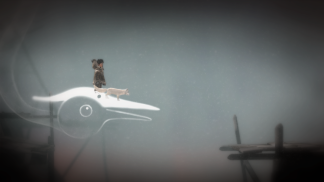 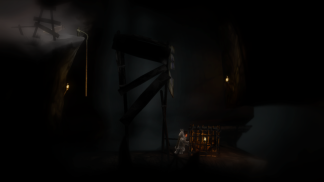 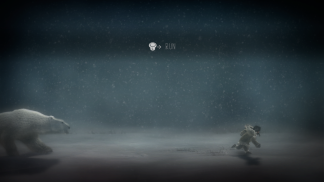 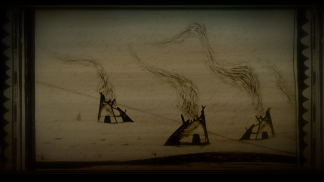 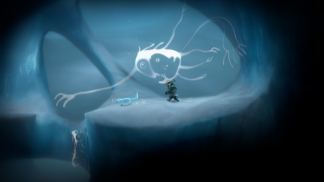