When you ask folk about the legacy of Final Fantasy IV, you can be quietly assured of a glowing response. People remember it for all sorts of reasons; for its consolidation of everything the early games experimented with and presenting it in one excellent package, for introducing the world to ATB and trying to bring a more tense pace to turn-based battles, for steering the franchise towards more detailed character writing and laying the foundations for the series’ typical heavy narrative weighting.

When you ask about the legacy of The After Years though… well, that’s a different story altogether. 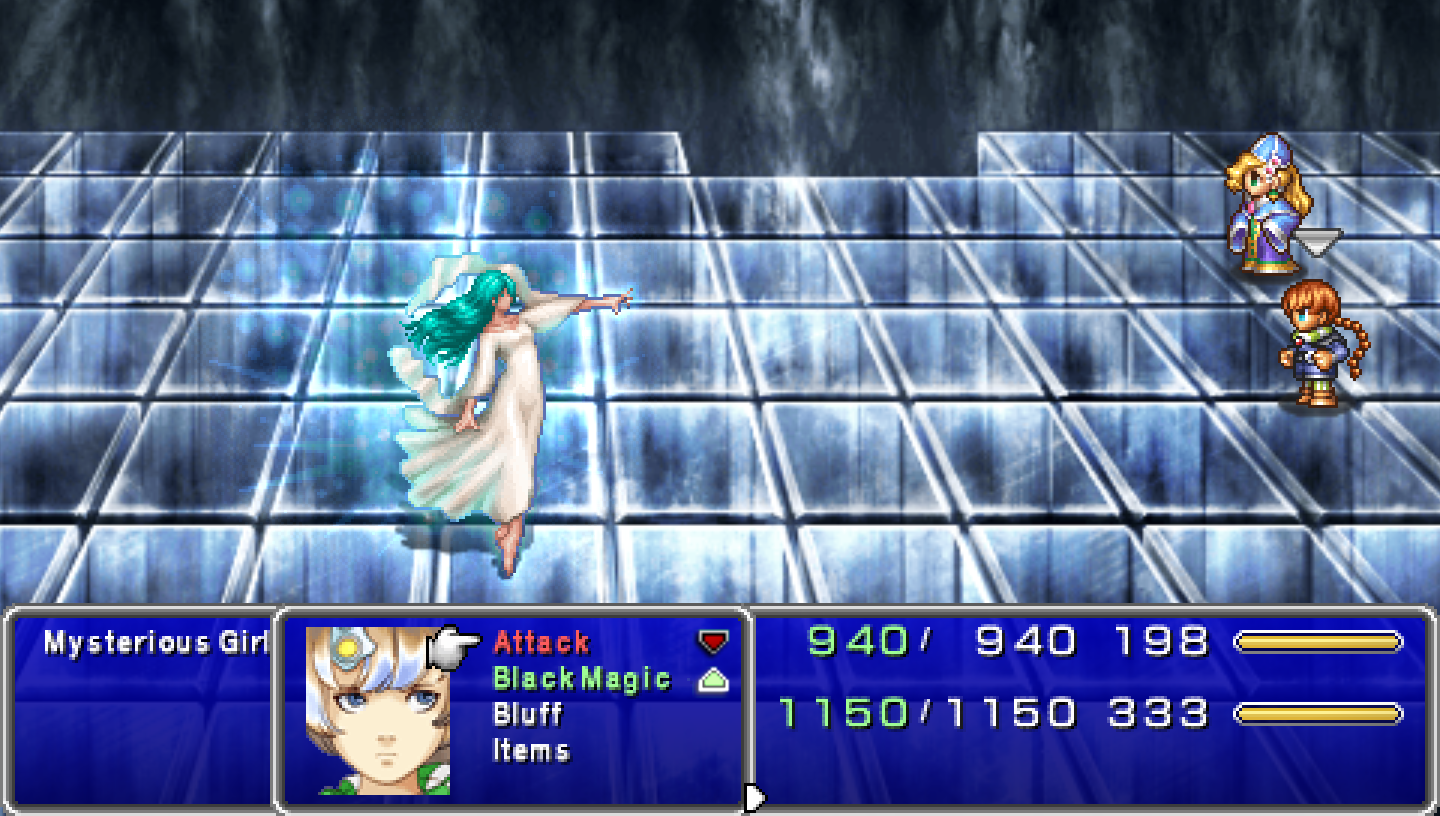 The After Years is a rare beast in the mainline Final Fantasy franchise: a direct sequel. I’ve spoken before that sequels to core Final Fantasy titles tend to struggle; chiefly that is because the franchise is built around releasing self-contained stories which reach a (hopefully) complete resolution by the time they end. I happen to think that the series is quite good at that, and so it makes any direct continuations of an individual story a particularly hard sell. The After Years is definitely no exception to this.

Set 17 years after the end of Final Fantasy IV, our story this time follows our old band of heroes, now all older, wiser, and most of them having taken their places as rulers of their respective homelands in the wake of, y’know, the whole saving-the-world business from last time out. However, this time they’re not alone, as a new generation of warriors – including their kids – also rises to meet the latest threat to the tranquil life on Final Fantasy IV’s Blue Planet. 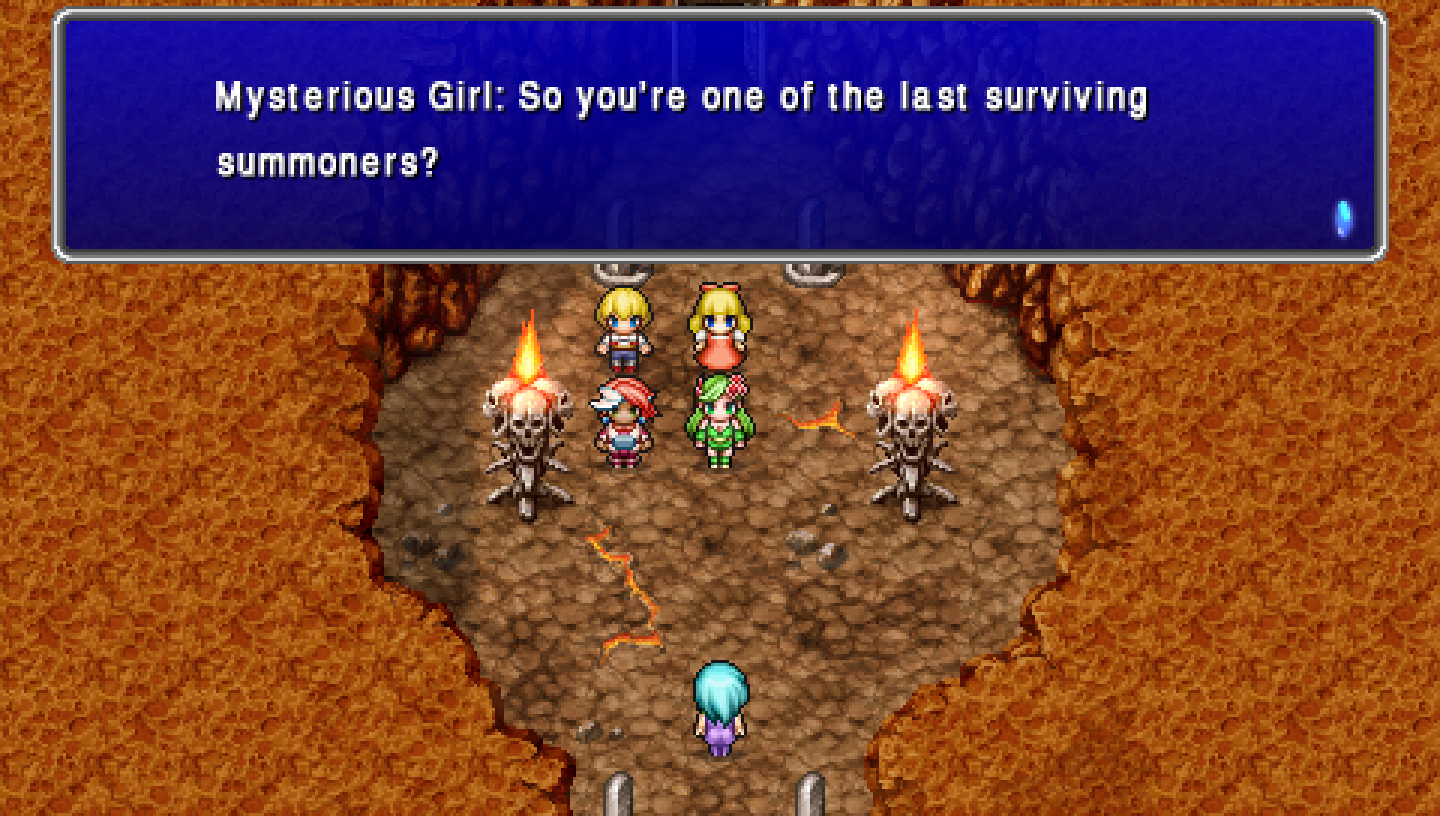 So it is that we begin the game controlling Ceodore, the absurdly-named child of Cecil and Rosa, who is basically a mini-paladin and member of the Red Wings of Baron, just like his dad before him. He’s busy doing his Red Wings training and trying not to act like his parents being the King and Queen of the nation and also literal world-saving heroes is making a big difference to his position in life. Unfortunately for him, it’s just about now when the Planet’s 2nd moon appears in the sky, just as it did 17 years ago, and a grand threat is launched against the elemental crystals which maintain the balance of the world. Ceodore winds up with little choice but to begin a quest to find out what on earth is going on and how to stop it. Luckily for him, the rest of the Final Fantasy IV cast are pretty savvy and realise history is repeating itself, and each one sets off on their own campaign to defend the world again, and eventually all their paths converge.

Along the way we meet an awful lot of familiar faces, but not all of them are ones we’ve seen before exactly (ooo, cryptic). Of course most of the previous game’s cast shows up and join our party in some form or another, and they all function the same as before – Yang is still a monk, Edward has gotten a bit of a buff but is still a build-around bard that requires you to really invest in his abilities to get anything out of him, Edge is still a ninja. However, the party is expanded quite a bit (up to a whopping 22 characters), but many of them are a little too similar. Ursula, for example, is not just Yang’s daughter, but she’s also a monk because all teenagers follow their parent’s footsteps. She’s not the only offender; Edge is joined by a group of 4 ninjas all of whom are lesser versions of himself, while characters like Luca or Leonora are basically just extra versions of Cid and Porom. 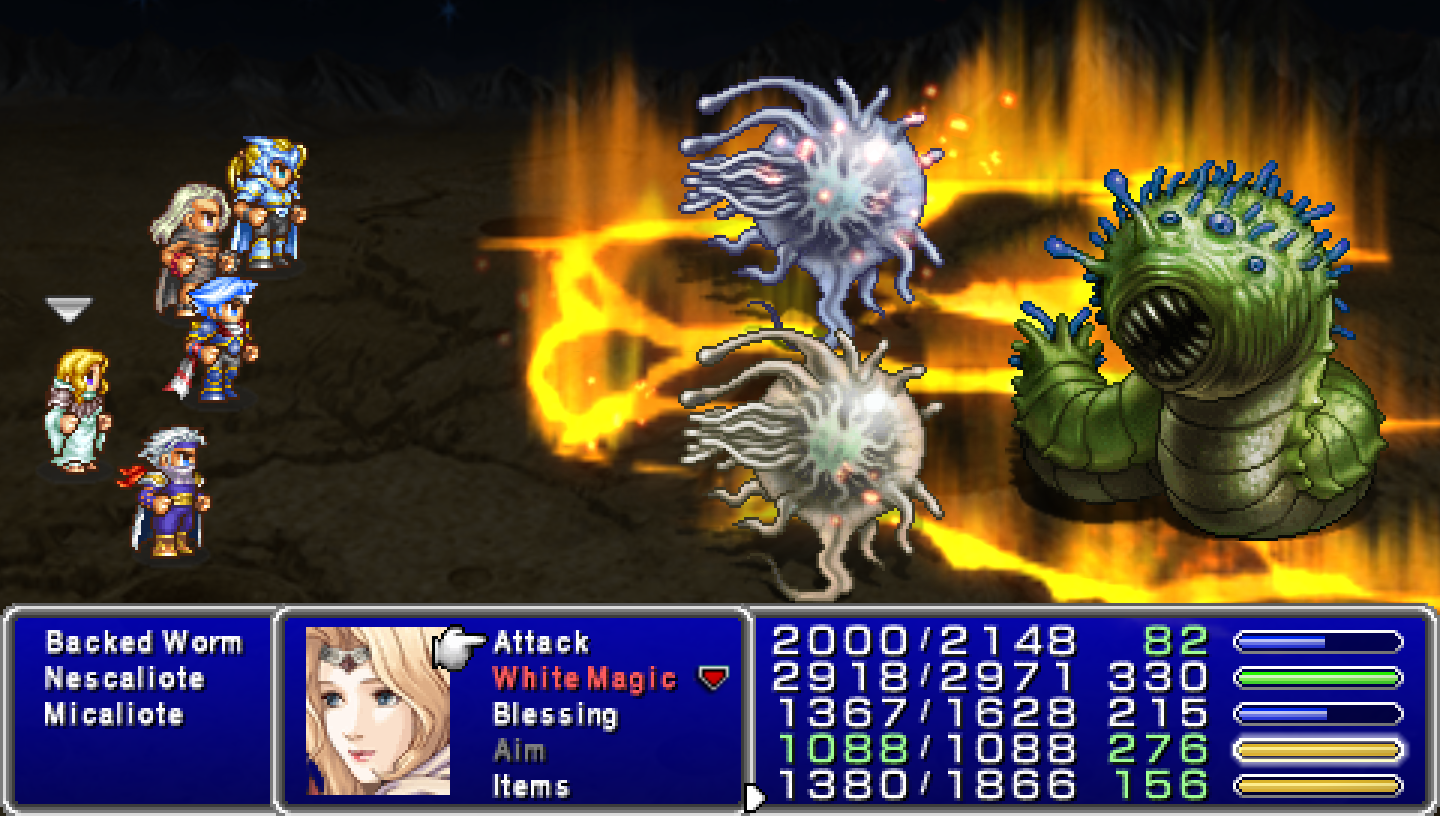 What I’m getting at is it’s kind of hard to ignore the foundations of laziness upon which The After Years is built. There’s a distinct sense of corners getting cut in so much of it, which highlights the innate pointlessness of things – like, why even make a sequel if you’re not going to push what came before to a new height, or experiment with the gameplay or narrative? It gets to the point where not just characters seem the same as others, but even whole plot elements are repeated from Final Fantasy IV without even the faintest batting of an eye. Take Cecil, for example, who winds up succumbing to a mind-controlling power that causes him to become evil and he sends Baron’s armies across the world to raze castles and capture crystals, just like the king of Baron in Final Fantasy IV. We also catch up with Kain who undergoes the same brand of trials and self-confrontation as Cecil did, emerging as a paladin-dragoon hybrid; it’s supposed to be a powerful moment of redemption for Final Fantasy’s most betrayal-addicted mascot, but it’s undermined by the simple fact that we’ve already seen the same bloody thing happen already in IV.

In short, everything has been lifted. This might sound petty, but one of my biggest gripes is that nothing about the world of Final Fantasy IV has even advanced, despite the decade-and-a-bit time skip. All of the towns and castles are identical to before, and many of the dungeons and challenges are the same as well. This fundamental lack of effort bleeds through the game and onto the player, making the experience a distinctly tepid one; after all, we’ve already seen all of this before, so why on earth would we care to do it all over again? 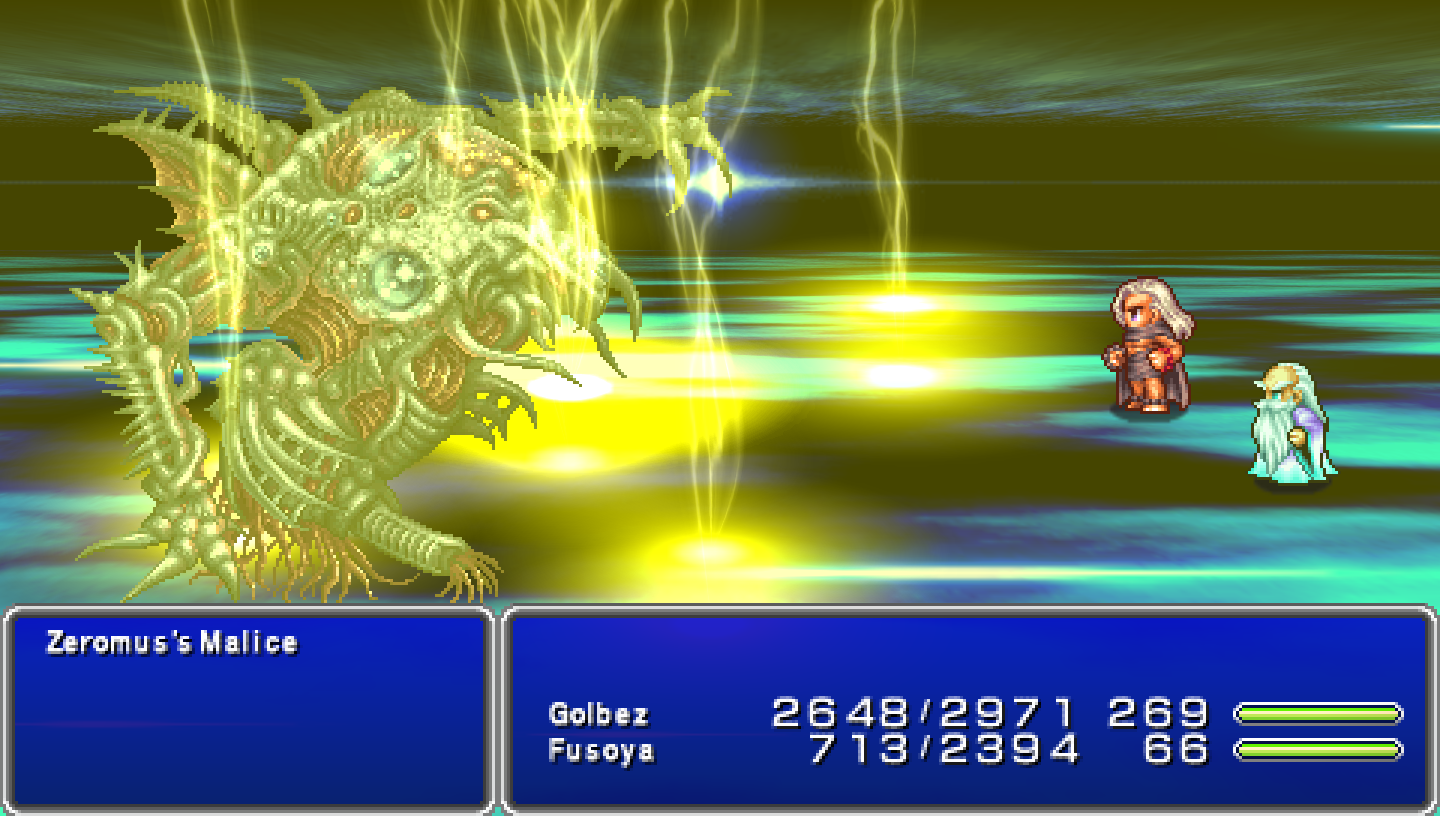 Naturally things are also 99% the same in the gameplay department, with only a few changes to be seen. One of the obvious differences is the episodic format, which is a legacy of the fact that the game was originally made for cellphones. In modern releases you simply get access to a set of tales, each named after whatever character is the viewpoint for that section of the game. In fairness, I do rather like this way of presenting the game; being able to flip between the characters does work quite well, although the game has a somewhat loose relationship with the notion of narrative continuity, and trying to fit it all together in a way that makes sense is a fool’s errand. Still, it’s nice to have a full-size JRPG – and The After Years definitely is a decently-lengthy title – condensed into a portable and broken-up format, giving us easy-to-parse break points.

The core gameplay though is what you’d expect. We’ve got the same gamut of mechanics as IV on display; we’re talking ATB, a 5-person party, flipping rows and ordering characters to ensure squishy mages aren’t put on the front lines, and the usual array of equipment management, all recreated wholesale from any given version of Final Fantasy IV you care to mention. There are only 2 additions to all this. First is having to manage the phases of the moon. Each time you rest the moon shifts through 1 of 4 phases and each one has a different effect involving some combination of raising or lowering the efficacy of physical attacks, white magic or black magic. It’s very, very hard to say what value this really adds to The After Years; either the effect is so slight so as not to be worth mattering or you end up trying to game it by staying in inns more than is necessary. For an added bonus, each chapter often has some kind of hidden enemies that only show up during specific phases of the moon, and unless you’ve got a guide you’ll never know what you’re doing or when you should be doing it. The After Years thrives on this kind of anti-player secrecy, hiding information and not even giving you a fair shake of stumbling into it. The cruelest examples of this can affect the survival of potential party members, leaving you needing to replay and experiment with options if you want to acquire everyone, which is a tall ask when it involves a long and not terribly good JRPG. 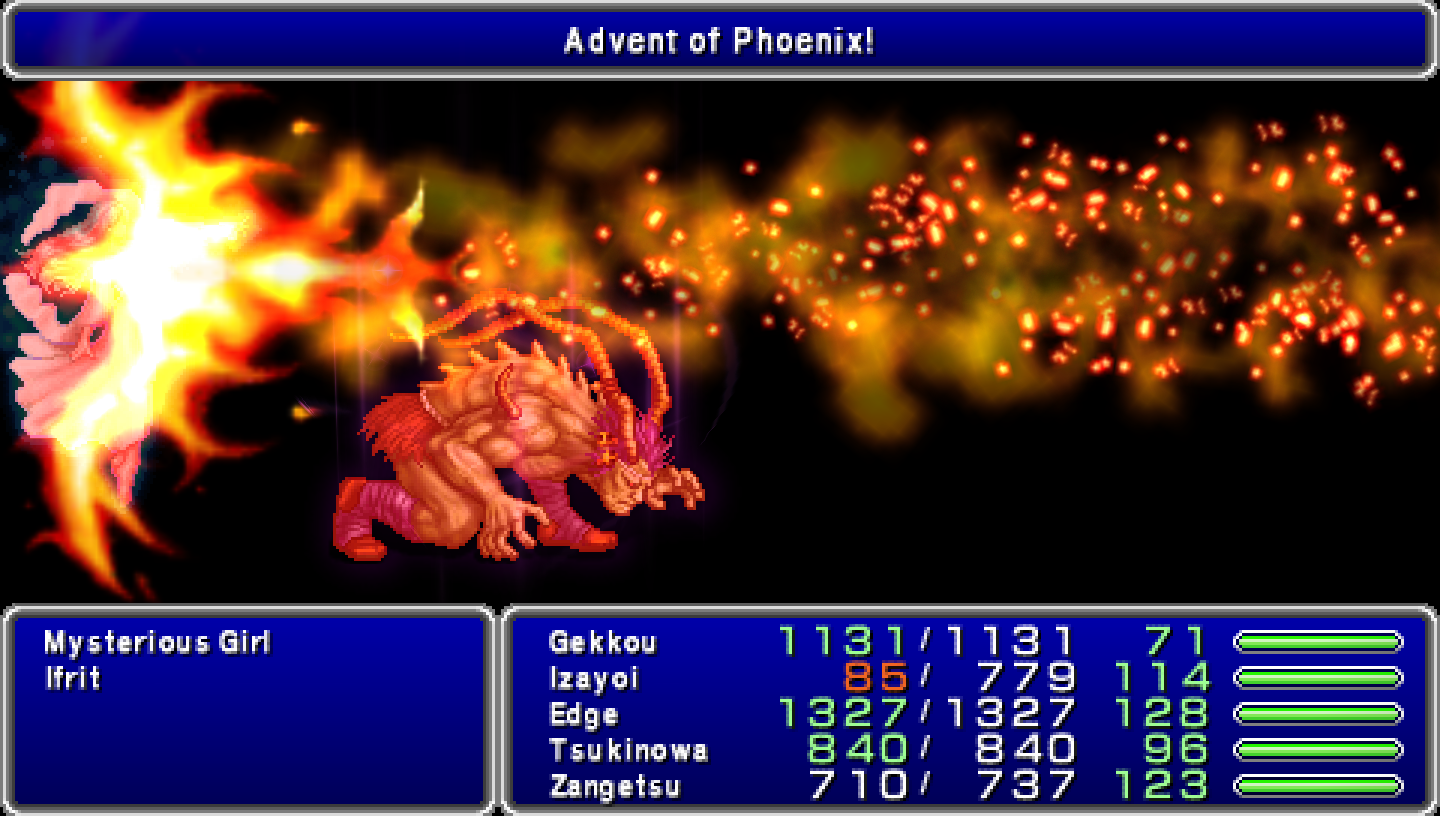 The other new feature is Bands, which are powerful dual attacks as a couple of characters team up. Some of these are tied to events and unlock periodically throughout the game, while others require you to do some experimentation to find. They’re actually a nice touch, and reminiscent of Chrono Trigger, but they’re hardly a huge draw or reason to recommend The After Years, and it’s not like you get anything from finding them all other than personal satisfaction. That’s sort of the trend with The After Years, really: you can do stuff, but do you really want to if there’s nothing to gain from it? You can try and find all the hidden enemies and get the materials which promise to have some value come the endgame, but do you really want to spend all that time either finding them through luck or trawling a guide? You can fight every optional boss in the incredibly long final dungeon, but do you really want to lengthen that massive chore for neither any good reward nor narrative reason? You can go out of your way to save every character and have a complete 20-odd party member roster to pick from, but do you really want to do that when most of them are low-end reskins of better characters?

Still, I’m wary of telling you only that The After Years is bad. It has a pretty poor reputation online, but I’m not entirely certain I agree with it all, to be perfectly honest. It’s not some secret hidden gem or anything, but I think it has some merits that are worth exploring. Nestled in amongst all the repetition are some tiny nuggets of good character writing, with much of it centered around the mysterious Man in Black who shows up unannounced once or twice in the early tales before finally getting a bigger role in towards the endgame. I also have to say I really enjoyed the final boss fight; narratively it was a load of old tosh, but the actual fight – or fights, to be precise – wound up requiring a little more thought than I was expecting, and it certainly showcases some impressive visuals. And, aside from anything, being built on Final Fantasy IV mostly just means that the foundation of The After Years is, well, a bloody good game. In some respects, when it’s at its best, The After Years is more IV; if you’re going to just give me more of a game, at least this one has the good sense to give me more of something that was well-made. 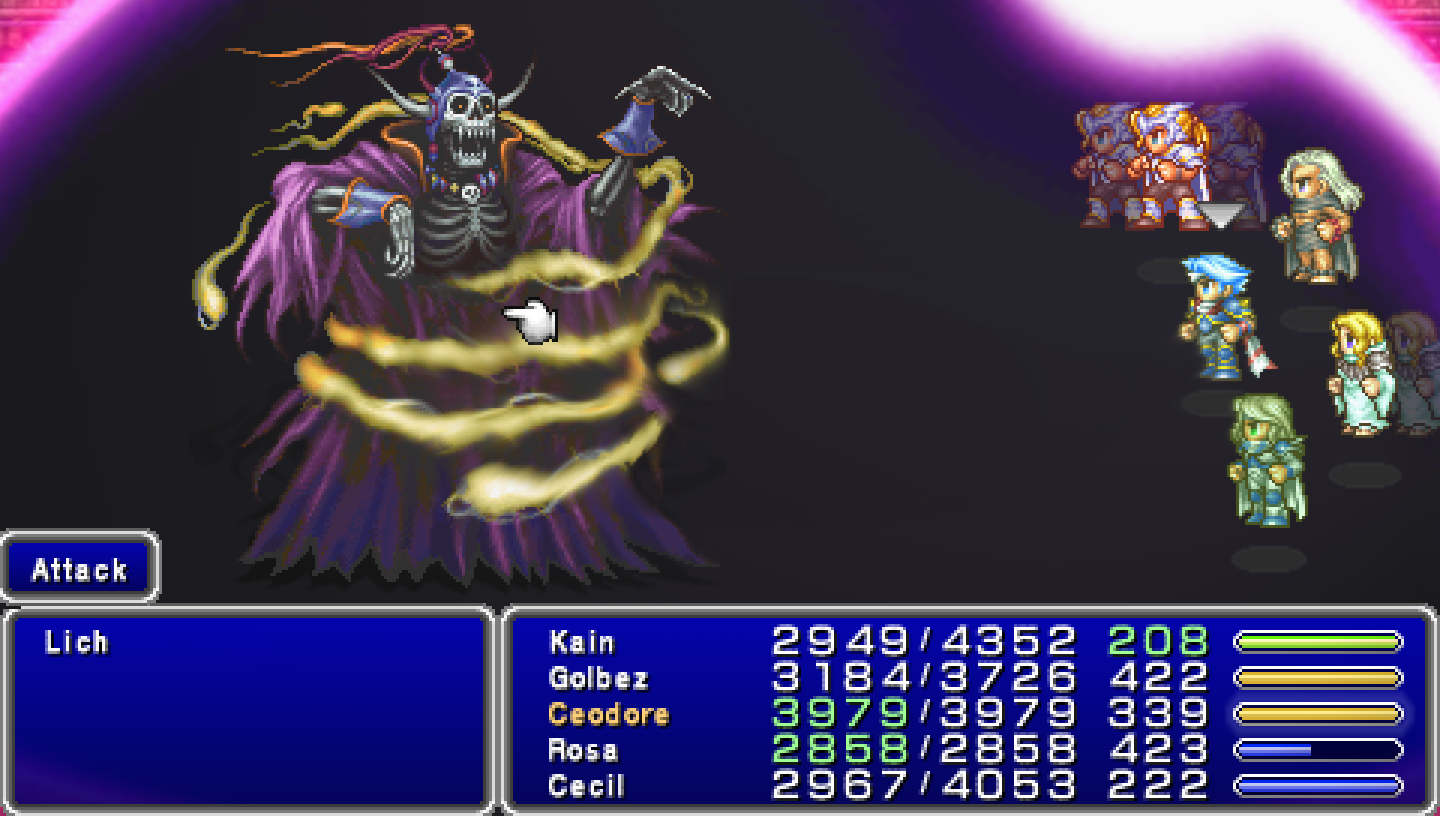 But, well-made foundations or no, nothing can escape the unavoidable truth that is simply this: The After Years is pointless. It doesn’t need to exist. Its predecessor told a complete story, and any extension to it, especially one which still tries to involve the previous cast, was doomed to fail. It’s an added demerit that the end result was a lazy rehash of assets and plot points. The After Years is hard to recommend, obviously, but I think it’s less because of the quality of the game, which is merely ok, and more because of that hanging pall of wasted existence.

A game that makes you go, “Well, it’s alright…” but it’s a kind of drawn-out, unsure, and reluctant decision? These are those games. Might just be worth playing if you can get it on the cheap.